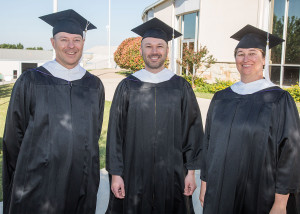 Growing up as the children of two college professors, Randell, Patti and Johnnie Simpson rebelled at the idea of becoming teachers. Randell wanted to write books, Patti wanted to become an electrical engineer, and Johnnie wanted to go in to business.

Nevertheless, all three ended up in the classroom, teaching the same subject -math- at the same college − Temple College.

“The minute we were put in the classroom, we realized teaching is what we were supposed to do,” says Patti. “Teaching is in our blood.” 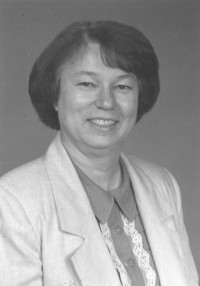 The inspiration for the three siblings came from their father, Pat, who taught biology at Temple College from 1969 to 2000, and their mother, Charlotte, who taught math at the college from 1986 until 2000.

“Our dad always told us how gratifying teaching was,” Patti says. “I don’t know what other families talked about at dinner, but all we talked about was education in our house.”

Randell was the first sibling to start teaching at Temple College. He became a full-time math professor in 1999, and now teaches math to high school students participating in the Texas Bioscience Institute’s Middle College program.

“We grew up loving Temple College, but our reasons for striving to work here are much greater than simply following in the footsteps of our parents,” Randell says. “We all have seen first-hand the great good that the college does in the community.”

Patti’s first taste of teaching came when she landed a job at a small day care center while in college. This experience led Patti to switch from engineering to education. After teaching for 17 years, Patti decided to go back to school to earn her master’s degree in math. She enjoyed it so much she encouraged her brothers to join her.

Randell, who was already teaching at Temple College, and Johnnie, who was teaching high school math, joined her, and the three siblings spent several years driving up to Fort Worth two nights a week to take classes at TCU. In 2010, they all walked across the stage together with graduate degrees in mathematics.

By fall 2012, Patti and Johnnie had both started teaching math full time at Temple College. Patti’s first office was her mother’s old office in the Instructional Services Center. The two now have offices right next to each other in the Math and Biomedical Science Building.

“We bounce ideas off each other constantly,” Patti says.

“Students love them the Simpsons because they are always available for them,” says Cynthia Martinez, the outgoing chair of the Math Department.

In April this year, Patti and Johnnie were sitting side by side as the Board of Trustees voted to give them tenure effective this fall. Randell had previously received tenure in 2001.

“Being a tenured instructor at Temple College was pretty much my career goal, and 16 years later, I love it still,” Randell says.

Amanda and Randell Patterson both earned associate degrees from Temple College through the Texas Bioscience Institute – Amanda in 2011 and Randell in 2015. Amanda earned her B.S. in math from Texas A&M University – Central Texas and is currently working on her master’s degree there. Randell Patterson plans to follow the same path.

Amanda says she originally planned to apply her interest in math to the field of data mining, but working as a graduate teaching assistant changed her mind.

“I told myself I wasn’t going to teach, but I fell in love with it,” she says. “I finally decided to give in and join my family of teachers. I am thankful for being able to teach here at Temple College. Each semester I fall more and more in love with my job and I get to spend each day with my family.”

“If there was ever a family that has a legacy at Temple College, it is the Simpson family,” says Jennifer Graham, director of the Temple College Foundation.