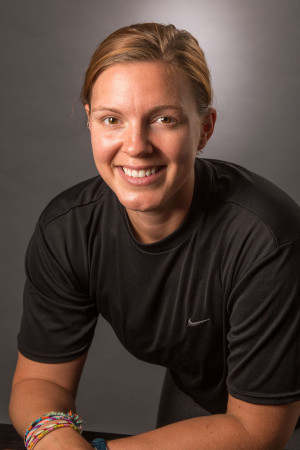 In 2011-2012, Jordan Pickett helped lead the Temple College volleyball team to a 23-20 record, the NJCAA Region V Tournament Championship, and a berth in the NJCAA National Tournament.

This fall, she will be back at the college coaching the team she used to play on, and trying to change the lives of students the same way she says her life was changed at Temple College.

“I am excited to be back,” Pickett says. “Temple College was very impactful in making my journey easier than it might have been.”

Pickett grew up in Temple and played volleyball at Temple High School. After graduating from high school, she wanted to experience something outside of Texas, so she went to a college in California, where she played Division II volleyball.

“I had culture shock and had a really poor experience with the program I was in,” Pickett says. So she returned to Temple and enrolled at Temple College, where she had the opportunity to play under former coach Mary (Reese) Malone, who took the team to seven NJCAA tournaments before moving in 2013.

“I had a great experience here,” Pickett says. “I was able to get playing experience and develop leadership skills.”

During her year at Temple College, Pickett received All-Conference and All-Region honors, and also was an Academic All-American.

While she was playing in the 2012 NJCAA tournament, Pickett was spotted by a coach from the University of Arkansas at Fort Smith, who wanted to recruit her. Pickett accepted the opportunity to finish her undergraduate education at the UAFS.

Although coaching volleyball was not her original career goal, Pickett says that changed when she got to Arkansas.

“I started coaching club volleyball at UAFS and that’s where I really started to love coaching,” she says.

She also served as a student assistant for the 2014 University of Arkansas-Fort Smith team that made it to the Final Four.

Since graduating from the University of Arkansas with a degree in education, Pickett has continued to coach club teams in Austin. She also started her own business as a health coach.

Pickett started practice with her new team Aug. 1 and they will play their first home match against Blinn College Aug. 22 at 6 p.m.

Pickett says she hopes to develop a good fan base for her team. She also would like to change people’s perception of junior college sports.