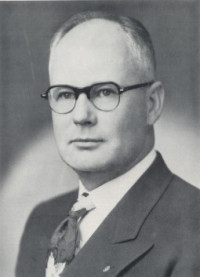 S.P. Cowan was named superintendent of the Temple public schools and president of Temple Junior College in December 1950, following the resignation of Dr. Joe R. Humphrey. Cowan held a Bachelor of Arts degree from Daniel Baker College and a Master of Arts degree from the University of Alabama. He had held various teaching and administrative positions in schools throughout Texas, and was the superintendent of schools in Brownfield, Texas, when he was named president of Temple Junior College. Cowan had also served in the Air Force during World War II. He left Temple Junior College in April 1955 after receiving a job offer in Dallas. 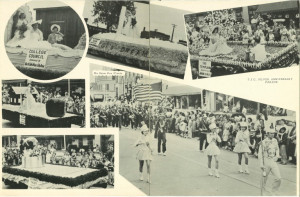 April 22-27: Temple Mayor C.L. Walker, Jr. declared the week of April 22 as “Silver Anniversary Week.”
During this week, Temple Junior College celebrated its 25th anniversary with daily events including luncheons hosted by various civic
groups, special radio broadcasts, music programs and a parade. This was the largest event ever organized by the college and was supported by the Temple Junior College Ex-students Association.

May: After a year-long process, the Temple public schools acquired approximately 32 acres of land in south Temple. This land, which had housed a prisoner of war camp adjacent to the McCloskey VA hospital, had been declared surplus property by the federal government. The land included 33 buildings and, as a condition of the agreement with the federal government, had to be used for educational purposes. In a few years, the land
would be used to build a campus for Temple Junior College.

Fall:  A men’s choral group called the “Chordaires” was formed. This musical group, along with its female counterpart the “Harmony Maids,” would remain a part of the college’s musical program for many years.

April: A woman is appointed president of the Temple school board for the first time in its history.

September: The city of Temple adopted a new charter. A provision of this new charter stated that the school board would no longer be appointed by the city commissioners. Rather, the board would be elected for three-year terms by the citizens of Temple.