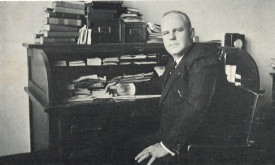 Joseph S. CookMajor Joseph S. Cook was chosen as Temple Junior College’s first president in June of 1926. He was a native of Georgia, retired soldier, and graduate of Southwestern University, where he studied economics and philosophy. At the time he was chosen, Major Cook was serving as the president of Meridian College and the Junior College Association of Texas. He was responsible for hiring all of the first faculty members of the college. Major Cook left Temple Junior College when it consolidated with the Temple public school system.

July 22: The first catalog of Temple Junior College was released. 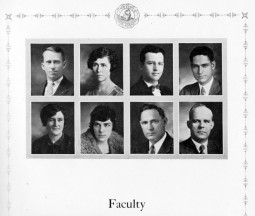 September: Temple Junior College held its first faculty meeting on the 1st, began registering its first students on the 13th, and held an official opening on the 16th. The student body totaled 87 during the college’s first academic year, and tuition was $200 for the entire school year. Classes were held in the basement of Temple High School during the afternoons, Monday through Saturday. 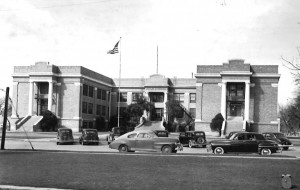 October: A science club was organized and met on Friday nights. Several other social clubs were organized during the first semester, including a glee club, dramatics club, and debate team. The college also formed its first basketball team. The team was led by a coach from the YMCA and had to provide its own equipment.

November: Temple Junior College held a city-wide contest in order to choose a name for the college annual. A prize of $10 was awarded to the person who suggested the winning name. Seventy-five names were submitted, and five were selected to put before the student body. Choices were: “The Templar,” “The Pioneer,” “The Prickly Pear,” “The Liberty Bell” and “The Locomotive.” The student body chose “The Templar.”

December 17: A press association was formed to advertise the college’s activities in the Temple Daily Telegram.

January: The recently formed press association began publishing articles in the Temple Daily Telegram titled “The Drag-Net,” and the college also formed a scholarship society to honor academically distinguished students. On the 27th, Temple Junior College was accredited by the State of Texas Department of Education.

April 25: Temple Junior College was accredited by the Association of Texas Colleges.

May: On the 28th, college faculty held a dinner for the first graduating class of Temple Junior College. At this lunch, the graduates formed an alumni association to plan future homecomings. The college held its first baccalaureate on the 29th and first commencement on the 30th. There were 10 graduates in the first class. The first edition of “The Templar” was published.

September: Temple Junior College decided to move from a two-semester year to quarters. The sophomore class began “initiating” the freshman class, referring to them as “slimes,” making the male freshmen wear green caps and female freshmen wear green ribbons. The idea of forming a separate junior college district and building a separate building for the college was proposed for the first time.

November 26: A bond election was held, which included a provision for a separate college building, but was voted down. 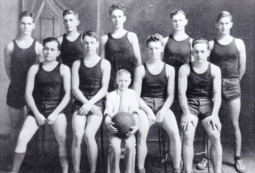 May: On the 10th, Temple city commissioners voted to make Temple Junior College a part of the Temple public school system. Toward the end of the month, faculty hosted a dinner for the class of 1928, marking one of the last times all of the original faculty would be together.

June 3-4: Temple Junior College held its second baccalaureate and commencement, these were the last exercises held separately from Temple High School’s until 1946.