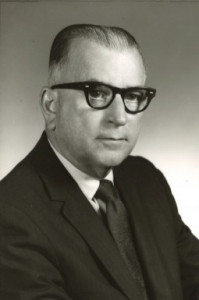 Hubert M. DawsonHubert M. Dawson first came to Temple Junior College in the fall of 1928 as a foreign language instructor. He went on to serve in the roles of assistant registrar, registrar, associate dean and dean before becoming the first college president following separation from the Temple school system in 1959. A native of Abbott, Texas, Dawson had held various positions at Abbott High School, Moody High School and Meridian Junior College before accepting his position in Temple. He was educated at Baylor University, where he received a bachelor’s degree, and Southern Methodist University, where he received a master’s degree. He was awarded an honorary Doctorate of Laws degree from Mary-Hardin Baylor College in 1965. Dawson served in the armed forces from 1943-1945, the only disruption in his years of service to Temple Junior College. Dawson retired in 1973. The Temple College library is named in his honor.

December 1: The College received accreditation from the Southern Association of Colleges and Secondary Schools (SACS).

1960
November 17: Temple College was granted a charter for a chapter of Phi Theta Kappa (PTK), the international junior college honor society. The chapter is known as the Lambda Theta chapter. 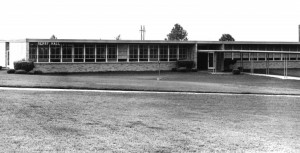 Fall: Temple Junior College became one of the first junior colleges in Texas to purchase IBM data processing machines and begin offering classes in their use.

January 28: A bond election was held for the construction of a library and a science building. 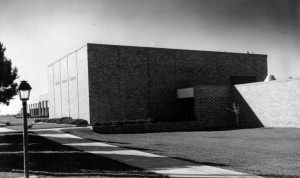 Fall: The newly constructed library and science buildings were opened.


March: The college’s Board of Regents voted to name the library after Hubert M. Dawson following several petitions from the Ex- 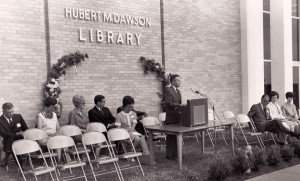 Students Association. The library was the first building on the college’s campus to be named.

Spring: An organization for Catholic students called The Newman Club was organized.

February 17: The newly constructed student union building opened to students. The building included a bookstore, a snack bar with a fully equipped kitchen, and a color television set. 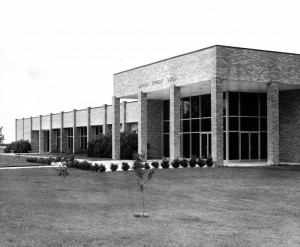 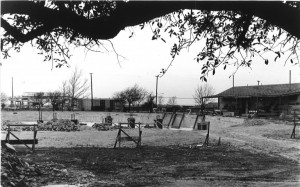 Fall: The college acquired 73 acres of surplus government property adjacent to the VA hospital. This property would later be known as the “east campus,” and contained a golf course, baseball diamond, archery range, swimming pool and gymnasium.

May: The Board of Regents participated in the college’s commencement exercises for the first time.

November: The college received its first copy machine, which was installed in the library.

March: The college removed the track team from its athletic program, adding baseball in its place.

Fall: The college implemented a “common calendar” system that allowed fall semester finals to be taken in December instead of January. The student handbook was revised in order to allow female students to wear pants to class.

September: The Texas Highway Department approved the funding for a crossover, which would connect the east and west campuses.

October: On the 20th, a bond election was held to fund the building of a fine arts building, a health and physical education building, and to install air conditioning in Berry Hall and the administration building (the present-day Instructional Service Center). At the college’s 45th convocation on the 22nd, the science building was named in honor of long-time faculty member Anne Penney Newton.

November: Temple Junior College linked a computer console to an IBM processer in California in a demonstration that drew 500 students.

February: The Hubert M. Dawson library added the 20,000th book to its collection.

August: The College received approval for a grant to build a dormitory.

September: The faculty dress code was changed to allow female faculty and staff members to wear pants to work. The college established a computer science degree program in partnership with the University of Mary Hardin Baylor, as well as a law enforcement program. The college also began offering non-credit courses for the first time. The courses included floral design, home interior design, and blueprint reading. 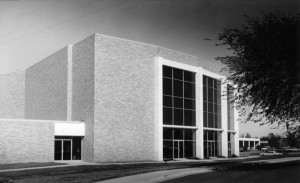