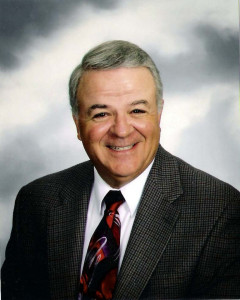 November: The Temple Junior College Board of Trustees approved the purchase of Internet equipment.

January: Internet was provided to five computer labs on the college’s campus.

April: The college began publishing a literary magazine titled Stones, entered into a partnership with Taylor ISD to offer college classes in Taylor, and officially changed its name to Temple College.

Fall: Temple College began offering distance education telecourses through the use of VHS tapes. The college also formed a partnership with the Temple Housing Authority to offer housing scholarships to low-income students with families.

October: On the 15th, the Temple College Archives room was dedicated and named in honor of Rose Anne Brasher, retired library director.

January: On the 23rd, Temple College and the University of Mary-Hardin Baylor signed a transfer agreement so that credits earned in Temple College’s criminal justice program would be accepted.

May: The Texas Senate approved the transfer of Hutto and Thrall ISDs from the Austin Community College district to the Temple College district. On the 7th, the testing center, located in the Arnold Student Union Building, was dedicated and named in honor of Kitty Mayborn.

June: On the 14th, a bond was passed that would fund the construction of a One College Centre building and expand parking on the south end of the college’s campus. 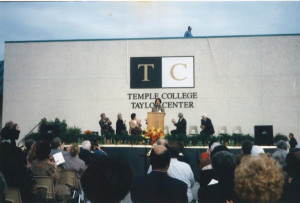 Spring: Construction began on the Temple College Apartments. The apartments, located on the college’s east campus, were constructed in partnership with the Temple Housing Authority, and consisted of 25 units designated for low-income students with families.

June: Temple College began a fundraising campaign to add four athletic programs: baseball, softball, volleyball and dance. The college’s board voted to delay the implementation of volleyball, but approved the other three programs.  The college hired its first baseball coach, Craig McMurtry, since baseball was removed in 1977. 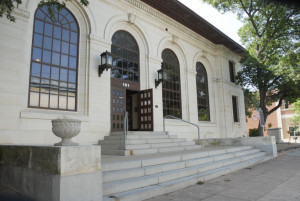 April: On the 9th, the WilsonArt Learning Center, located on the second floor of the Administration building, was dedicated. The center housed a classroom and testing area, and provided a training area for WilsonArt employees during the day and a space for Temple College classes in the evening. On the 13th, the Temple College Apartments were dedicated.

May: On the 4th, a tree was dedicated in memory of Henry T. Waskow.  Waskow was a native of Belton, a 1937 graduate of Temple Junior College, and recipient of the Legion of Merit. He was killed in action during World War II.

August: On the 3rd, Temple College unveiled plans for the Cameron Education Center.

September: On the 27th, the college’s Board of Trustees approved the creation of the Temple College Department of Public Safety.

January: On the 14th, the Cameron Education Center was opened. 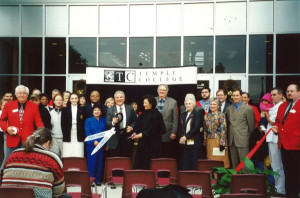 September: On the 8th, Temple College celebrated its 75th anniversary with several activities.

January: Students began moving into the newly constructed Courtyard Apartments. The apartments were dedicated May 1.

April: On the 11th, the newly remodeled and expanded library was dedicated.

Spring: In a partnership with the Blackland Research Center, Temple College added agriculture courses to its GIS program.

February: The Cameron Education Center was named in honor of Lester and Beatrice Williams. The Williams Foundation had provided funding for the construction of the Cameron Center on behalf of the Cameron Industrial Development Cooperation.

September: On the 23rd, Temple College was certified as a Texas wildscape by the Texas Parks and Wildlife Department.

November: On the 14th, the lobby of the Temple College Downtown Center was named in memory of J. Bryant Reeves, former art instructor and Division of Fine Arts Director.

Spring: Temple College began offering computers to students through the newly formed Computer Loaner Donor program. The first computers used in the program were donated by Scott & White Hospital. The college’s board approved the creation of a peace officer associate degree.  The peace officer program had formerly been a one-year certificate. 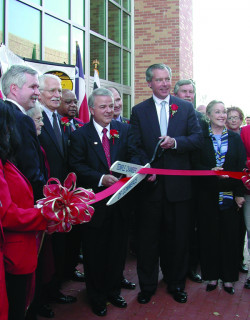 March: On the 23rd, the Health Sciences Center was dedicated.

June: The Temple College Board of Trustees decided to discontinue the golf program, and the college began using Internet-based registration.

Fall: Temple College began offering an associate degree in teaching, and enrollment exceeded 4,000 students for the first time in the college’s history. The Vocational Nursing program also expanded to Taylor.

September: On the 8th, the dental hygiene clinic was named in honor of Jean and Ralph Wilson. Dr. Ralph Wilson was a former president of Wilson Plastics and helped provide funding for the clinic’s operatory chairs.


September: On the 28th, the Dell Martin Nursing Education Center was dedicated. 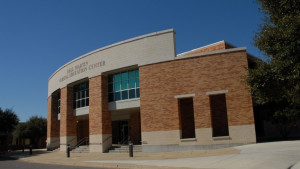 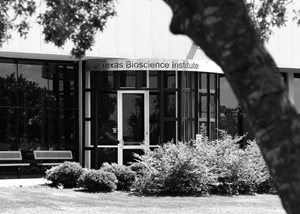 January: Temple College applied for approval to offer an associate degree in sonography. The program was approved and began enrolling students in March.