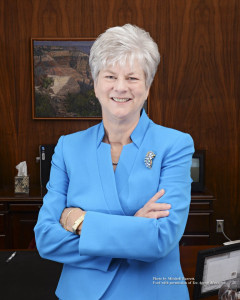 Dr. Glenda O. BarronDr. Glenda O. Barron became Temple College’s 10th president in August 2008. She is a native of Joaquin, Texas, and earned a certificate from Panola Junior College, a bachelor’s degree from the University of Houston, a master’s degree from McNeese State University, and a doctoral degree from The University of Texas. Dr. Barron held positions at Austin Community College, Lamar State College – Port Arthur, and the Texas Higher Education Coordinating Board prior to becoming president of Temple College. 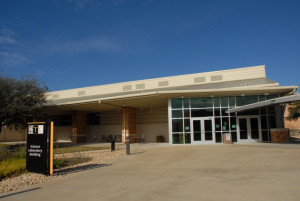 Spring: A $200,000 challenge grant was anonymously donated to Temple College for the construction of a new rehearsal hall. The grant required the college to raise $400,000 by December.

April 24: The atrium in the Health Sciences Center was named after Scott and White Healthcare to honor the long-standing partnership between it and the college.

Sept. 27: The Temple College Board of Trustees voted to locate what would be called the East Williamson County Higher Education Center in Hutto, pending citizen approval of a maintenance tax.

Nov. 2: Voters approved a bond for a new classroom building, expansions to the Health Sciences Center and Mary Alice Marshall Performing Arts Center, as well as parking and street improvements.

Aug. 16: Temple College held a groundbreaking for the E. Rhodes and Leona B. Carpenter Rehearsal Hall.

Dec. 7: The Temple Chamber of Commerce Leadership Class donated a Garden of Remembrance and Reflection, located in the Instructional Services Center courtyard. 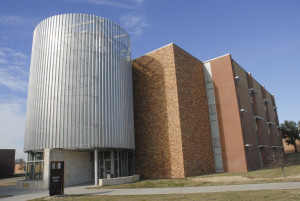 January: On the 16th, the newly constructed Academic Center was dedicated, and on the 31st, the Temple College golf course closed.

August: The Business and Community Education Division moved from its downtown location to Berry Hall on the Temple campus.

October: On the 13th, the new EWCHEC facility in Hutto was dedicated. 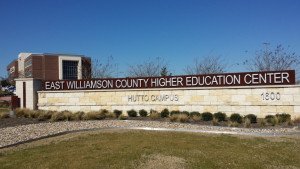 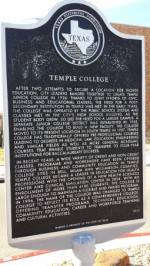 May: Temple College and Texas A&M University-Central Texas partner to offer a bachelor’s degree with a music  emphasis.

July: Temple College is one of the first community colleges in Texas selected to participate in a new student success initiative called the Texas Pathways Project.

A new Student Success Center is constructed on the south end of campus.

July: Temple College and the University of Mary Hardin-Baylor sign an articulation agreement that lays out a clear path for students to transfer from Temple College to UMHB.